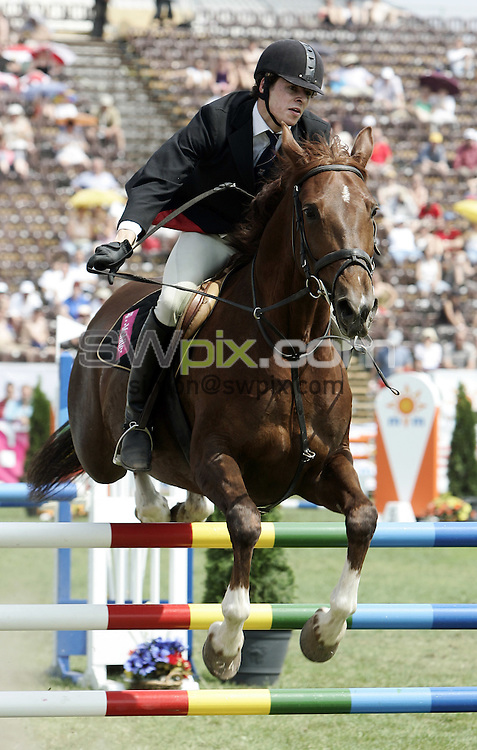 PIC BY PHIL SEARLE/DIGITALSCAPE/SWPIX : 2008 Modern Pentathlon World Championships, Budapest, Hungary ....01/06/08....Sam Weale of Great Britain in action in the ride element, the 4th of 5 disciplines of the Senior Modern Pentathlon World Championships held in Budapest Hungary. This was the last chance for the Great Britain Athletes to qualify for the Olympic Games in Beijing. Weale was lying in 32nd place after the ride. The ride normally follows the swim but the temporary pool built for the championships drained over night after the ground subsided. Repaires were made and the pool refilled by the local fire brigade. Swim will now follow (Photo: Phil Searle)