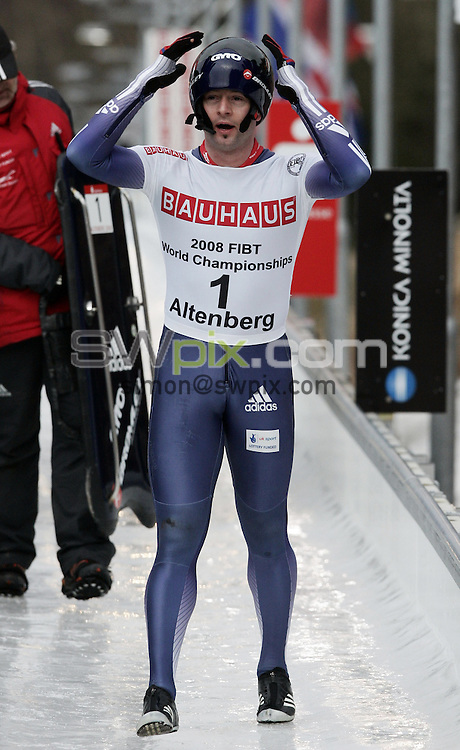 PIC BY PHIL SEARLE/SWPIX : 2008 World Bob Skeleton Championships, Altenberg, Germany ....22/02/08....Kristan Bromley can't quite believe it after winning the FIBT World Skeleton Championships in Altenberg in Germany. By winning, he becomes the first ever skeleton slider to hold the overall World Cup, European Championships and World Championships all at the same time to cap a great season for him. He beat Jon Montgomery of Canada into second place and Frank Rommel of Germany into third. His overall time for the four runs was 3.54.71, which was 0.68 second faster than Montgomery. (Photo: Phil Searle)